For the Latest Posts on Stumble Upon Life 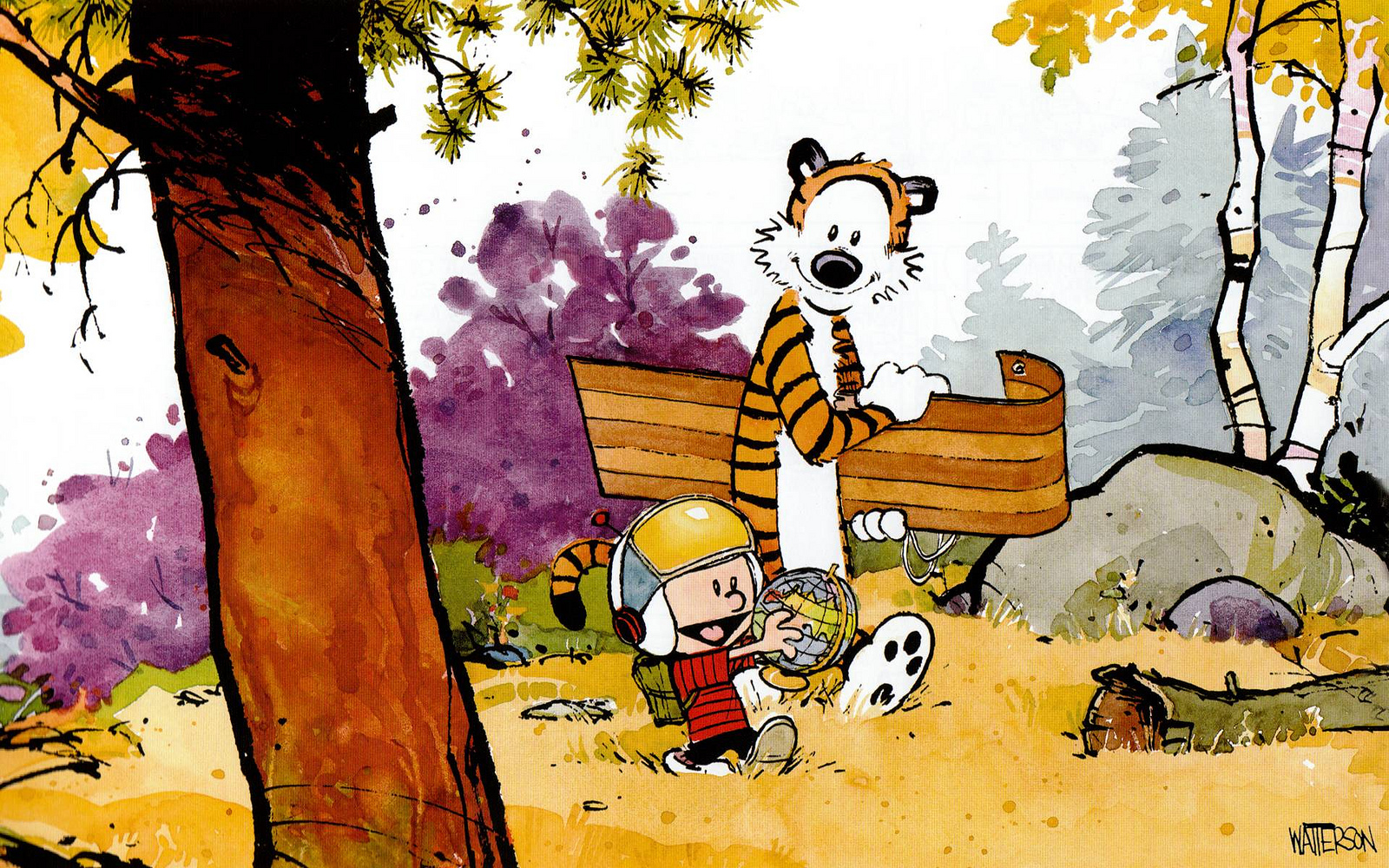 If someone gave you a newspaper and asked you to pick just one thing to read from it, what would you pick?

1. Because they are awesome

2. Get awesomer by the day as you fall in love with the characters

3. Give you a no bullshit version of the world around you.

It’s true. Whether people realize it or not, comic strips represent that tiny-little voice inside all of us which knows what’s the right thing to do.

One more thing. Turns out they give life advice too!

Over the years, I’ve started counting on comic strips to give me that instant motivation, wisdom and courage to act. Heck, sometimes they have given me the much needed push to go and face my worst fears. And if read at the right time, they are more powerful than a hundred self-help books put together.

So here’s a bunch of profound life advice from comic strips which have made me infinitely wiser!

If there is one thing which is common to all of us in times of crisis, its our ability to freak out and make things a thousand times worse than they are. What is needed in such situations is to put the situation in the right context so our irrational fears fall into their rightful little places.

This one from Calvin and Hobbes always reminds me of the need for perspective in life. Everytime I feel that I’m down in the dumps, or that a bad event seems like the end of the world, Calvin wakes me up by saying ‘Look around you and get real. Things could’ve been a lot worse.’

So next time you are freaking out, losing all control of yourself and blinding your decision making ability by telling yourself that you’re screwed, check this out!

All of us start out dreaming of becoming great. Maybe not world-famous great, but someone who grows up to be a person who enjoys his/her life, someone who is happy, content and inspired at the same time!

But often, as we grow up, we forget the dreams which were so dear to us. The so called ‘real world’ with its rules and regulations ends up forcing us to choose paths which were probably never meant for us. The end result? Regret! 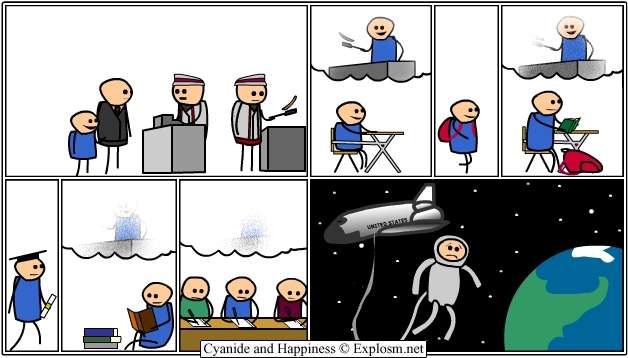 Cyanide and Happiness is a comic which reminds us of what’s important in life. Hold on to your dreams and strive to choose paths which enable you to do what you always wanted. If you feel absolutely certain flipping burgers gives you the maximum happiness, go for it. Better a happy cheeseburger man than a regret-filled astronaut!

Garfield, our favourite lazy cat might not like to do much other than sleep and eat. But hey, he gets his Zen wisdom bang on! For those of you with the disease of second guessing every decision and over-thinking, just do it already!

When in Deep Trouble, Take a Chill Pill

Hagar the Horrible. The mighty Viking warrior. Slayer of enemies, washer of his wife’s clothes. No matter how worse the situation gets, he knows how to listen to his inner voice which tells him ‘Drop your troubles to the side for a bit and chill out! The solution will come on its own!’

Make your own Rules

The Charlie Hebdo incident teaches us one thing. If your beliefs are guided by someone else’s definition of what’s divine, what’s sacred and what’s meaningful, you will end up a pathetic loser. The human race has seen more than enough people being misguided by blind faith and apparent authority. It’s time we learnt from history.

Here’s the thing guys. In the long run, it will not matter whether you made those millions or not. It will not matter if you managed to become world-famous or just remained an unknown entity. What WILL matter, is whether you were able to live by your beliefs. The beliefs which YOU framed for yourself after questioning everything you came across. The values which you defined and lived through deep understanding. What will matter is whether you had the guts to define your own rules.

During bad times, it’s easy to lose trust in the things around us and begin to question everything. It’s easy to justify impulsive actions by telling yourself you are just living in the moment and enjoying yourself.

True wisdom lies in knowing that you need to keep your head in the right place. Especially when everything else around you is falling apart. And the only way to do this is to watch what’s in front of you and deal with it one step at a time. Ironically that’s also how you stop letting momentary success get in your head!

This is the great thing about comic strips. They teach you to laugh at yourself! So what if my blog is not read by millions of readers, I will still air my opinions on it and tweet it like it’s the most profound thing ever said!

Hope these awesome comics help you become wise too!